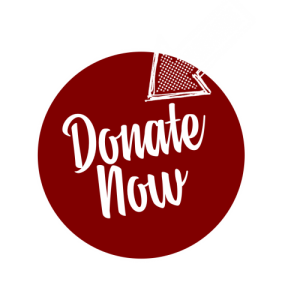 Please contact the director with any questions by email to exactalan@gmail.com

When: Sunday, March 19th and Monday, March 20th, 2023, at 7:00 p.m. (actors need only attend one evening). Auditions will begin with vocal auditions followed by dance auditions. Some may be asked to stay and read short sides from the script.

No appointment is necessary.  Invited callbacks will be held the evening of Wednesday, March 22nd.

Other things to consider:

All roles are open. We promote equity, diversity, and inclusion in our casting.

Rehearsals will practice COVID safety for all involved. Please refer to our COVID policy at the bottom of this page. Email: BoxOffice@WoodlandOperaHouse.org for questions or more information.

Rehearsals: Begin Sunday, April 23rd. Show rehearses Sunday through Thursday evenings, 7:00 to 10:00 p.m. Not everyone will be called to every rehearsal.

Percy Jackson is a teenage boy who always seems to get into trouble, no matter how hard he tries to be good. When he is expelled from school for the sixth time, his mother decides that it is time for Percy to know the truth. The Greek gods are real and, what’s more, Percy is a demigod, the son of Poseidon. Along with fellow demigod Annabeth (the daughter of Athena) and best friend and protector Grover (who happens to be a Satyr), Percy must go on an epic quest to retrieve Zeus’ stolen lightning bolt and prevent war amongst the gods. The quest turns into an epic adventure, with the Furies, Medusa, and Ares (the god of war) among those wanting to stop Percy in his tracks. With time running out, Percy soon discovers that nothing is normal when you’re a demigod. (from stageagent.com)

*Please note that some actors may be cast in multiple roles. Additionally, when actors aren’t in a scene, they may be playing CHORUS members, including the Oracle’s ECHOES, Medusa’s STATUES, THE DEAD in the Underworld, etc.

The Oracle – A hippie mummy | Mezzo-Soprano

Hades – God of the dead, moody and melodramatic | non-singing role, has a certain flair The Woodland Opera House continues to follow all local, state, and federal health and safety guidelines.