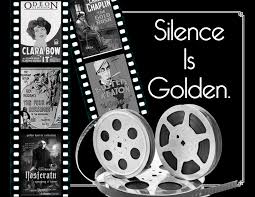 Stroll Through (Movie) History at the

The Woodland Opera House will host silent movies as they were presented in the 1920s with live-piano accompaniment by Dean Mora during Woodland’s Stroll Through History on Saturday, September 8th at 2 pm.  Tickets are $10 for adults and $5 for children 17 and under.

Tickets are available by calling the box office at 666-9617 online here click here for tickets or at the door.

The program will consist of two short films, “Coney Island” (1917) starring Fatty Arbuckle and Buster Keaton and “One Week” (1920) starring Buster Keaton and Sybil Seeley, an intermission followed by “Steamboat Bill Jr.” (1928) starring Buster Keaton.  A tough riverboat captain’s wimpy son (Buster Keaton) comes home from college and joins the crew of his father’s boat and displays his ineptitude at every bend, until he must step up and become a real riverboat pilot. This classic film contains some of Keaton’s best gags.  The majority of the film was shot in the Sacramento area, including the junction of the Sacramento and American Rivers

Dean Mora was born and raised in Los Angeles and is a recent transplant to the Sacramento area; his interest in pre-WWII America was forged early on as a child (at 11 he went to see the motion picture “The Sting” and was instantly hooked). Shortly after receiving his Bachelor of Music degree at CSU Northridge, Dean was offered the job of accompanying silent films at the Silent Movie Theatre in Hollywood.  At this time Dean studied theatre organ with the legendary Gaylord Carter, learning all the tricks and techniques needed to effectively accompany a silent film.  Dean played every week at the Silent Movie Theatre for 6 years, accompanying over 200 movies.  He also played for screenings attended by silent films stars such as Buddy Rogers, Anita Page, Lina Basquette, and Gilbert Roland, in addition to modern stars such as Johnny Depp, Robert Downey Jr., Leonardo DiCaprio, Brendan Fraser, and John Candy.  Since then, Dean has performed in other venues such as the Orpheum Theatre (Los Angeles), Copley Hall (San Diego), Fox Theatre (Hanford, CA), and the Nethercutt Museum (Sylmar, CA).  In addition, he has also performed at film festivals in various locales, including The Roger Ebert Film Festival in Champaign, IL, the UCLA Film Archives Series, The Motion Picture Arts & Sciences Academy in Beverly Hills, CA, and the Silent Movie Film Festival in Osaka, Japan

The historic Woodland Opera House will also be open for free tours during the Stroll Through History on Saturday, September 8th from 10 a.m. – 1 p.m. For more information call 666-9617.