Johnny “Crash”- the Rockin’ Relic, the Human Jukebox, and His Pumpin’ Piano 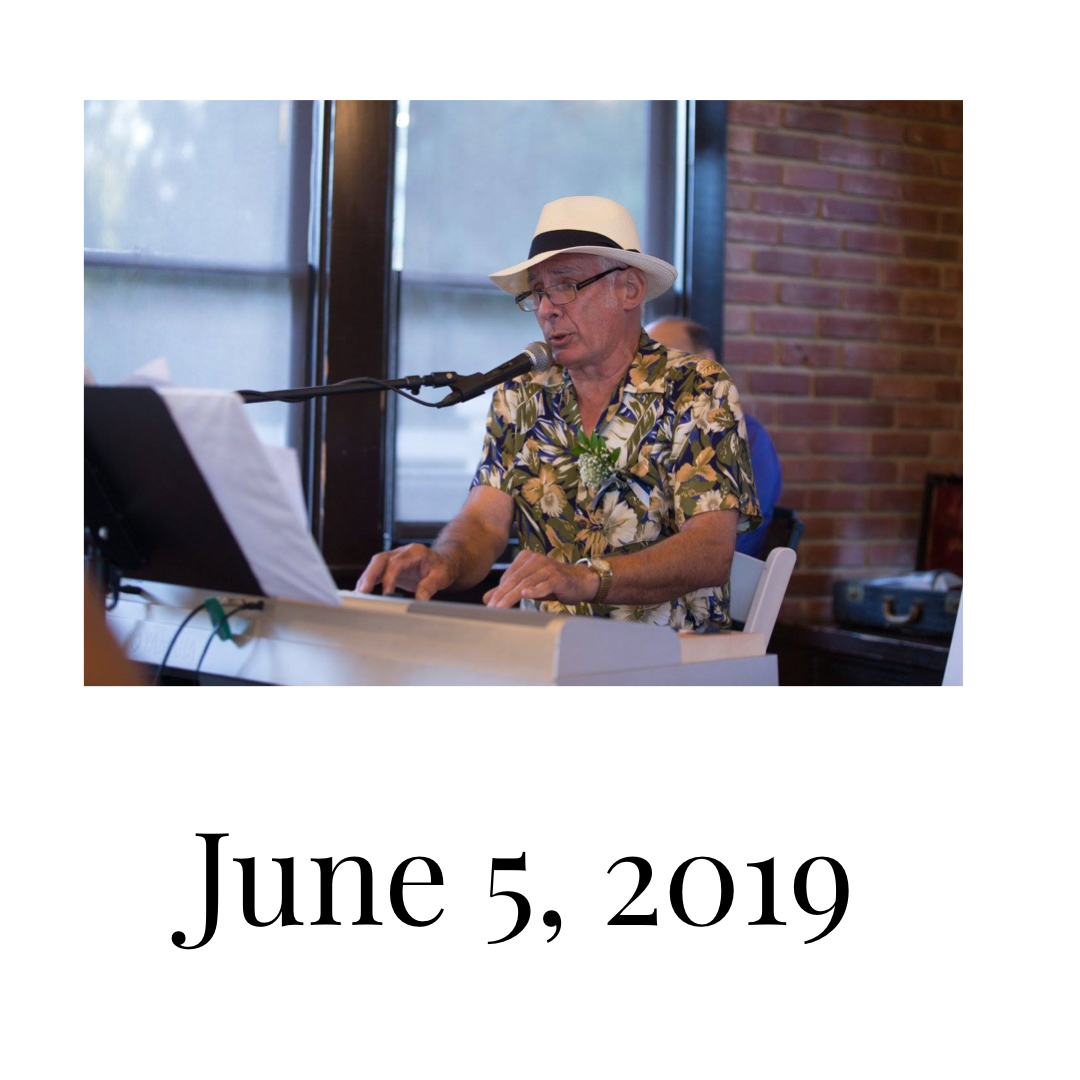 John Arbeeny was born and raised in Brooklyn New York, …you gotta’ problem with that?… during the late 1940’s and 1950’s. He grew up at a time when many different genres of music were fusing into something, we now call rock and roll. He listened to them all.  Johnny started playing piano in 1951 and gradually incorporated these styles into what you hear today: the roots of rock and roll…R&B, doo wop, rockabilly, honky tonk, calypso, gospel from the 1940’s through 1960’s. He has been entertaining since grade school and continues to this day to the delight of audiences young and old.

John Arbeeny says, “I started playing piano in 1951 at the tender age of 5! My parents had me take piano lessons in the classical style which I hated! Kids didn’t go off to school humming Chopin’s “Minute Waltz” back them. Rather we were entranced by the new music coming out of our radios as much as our parents hated it. So, it was while I was developing classical skills, that I was applying them to Jerry Lee Lewis rather than Chopin. I had several bands in High School and college through the 1960’s when in 1967 I was drafted into the Army during the Vietnam War where I served for over 2 years: no piano then. A curtain came down on my music and wasn’t lifted until some years later when I was able to have my own home and a beautiful 1883 Bechstein grand piano. Music had changed in that short period to become much more electrified with effects far beyond an acoustic instrument. Portable electric pianos didn’t exist, so you were dependent upon a piano being at a venue with mixed results: broken keys, out of tune, terrible action, etc.”

“Then in 2006 I had a life and music changing event. I was involved in a serious motorcycle accident and had time to think in the hospital of things I wanted to do in the future that I almost missed the chance to do. I thought of my music and with the wonderful portable instruments available, I decided that getting back into public performances was part of my bucket list. Johnny Cash had passed away just a few years earlier and I thought I could take “Cash” and merge it with my accident and musical epiphany and wound up with Johnny “Crash” as a stage name. I mean who’s going to remember “Arbeeny” but everyone remembers Johnny Crash. Along with the name and dressed in a Hawaiian shirt, jeans, fedora and blue suede shoes I create an alter ego. It’s a funny thing, but my normally conservative style is magically changed when I become Johnny “Crash” who is extroverted, animated and the entertainer he is.”

Johnny “Crash” has performed in venues in western Washington, overseas, and nationwide while in military service to include everything from senior centers and assisted living facilities, the “animal and bird” clubs (Elks/Eagles), taverns, honky tonks, parties, weddings fundraisers and even elementary schools. “Those schools may be the best!”, says Arbeeny. “Because music transcends age, culture, time and location. It is as powerful today as it was 50-70+ years ago.”

The concert will take you down memory lane with favorites like; “All Shook Up”, “At the Hop”, “Boogie Woogie Bugle Boy”, “Earth Angel”, Love Letters in the Sand”, Rockin’ Robin”, and “Whole Lotta Shakin’ Goin’ On”.